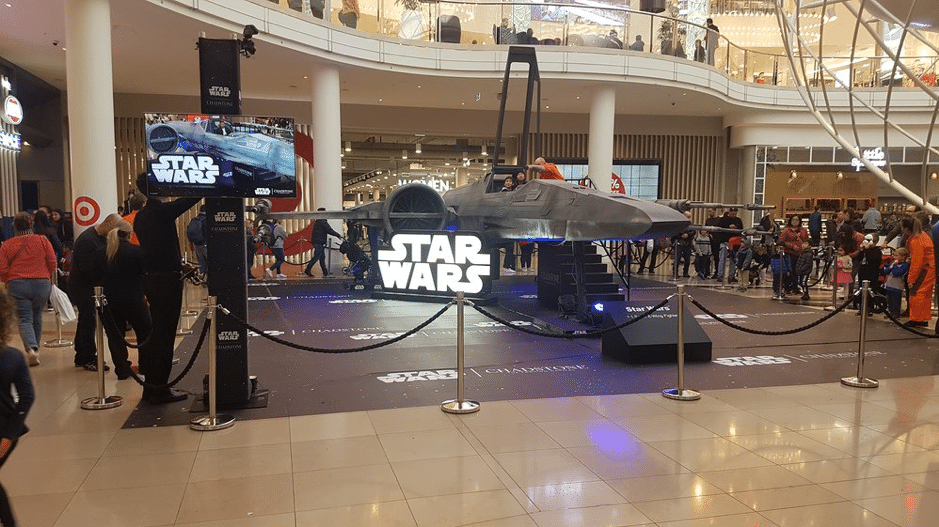 Pop-ups with a Purpose: Why Millennials & Gen-Z Shoppers Love the Trend – Part 2

By X-Factor in Retail Trends, Trends

In Part 1, I discussed the rise in the popularity of pop-up stores, a trend defying the gloomy retail landscape in Australia. To recap, while the pop-up trend is just peaking down under, the pop-up store concept isn’t new. Trendwatching.com coined the term back in 2003, with US mainstream retailer Target one of the earlier pioneers in pop-up concept spaces launched for their collaborations with fashion designers like Isaac Mizrahi.

“In the Australian youth market, the pop-up trend really started gathering momentum in 2009 when brands like Ksubi and Insight started gaining kudos for creating innovative pop-up retail spaces. Fast forward a few years, even department store Myer has jumped on the pop-up trend by opening temporary Myer-branded kiosks in public parks and railway stations in the lead up to Christmas”

Part 2 of this article looks at some fantastic pop-up executions by Chadstone, an Australian shopping mall has been at the forefront of the pop-up retail movement in Melbourne since 2017.

A stand-out example was the collaboration with Cartier to bring Australians the first Cartier Cinema experience. The place where shoppers were escorted inside the giant Cartier red box for an immersive cinema experience.

“Shop ’til You Drop”

Last year, Chadstone had another interesting pop-up event, “Shop ’til You Drop” where Chadstone First member got to experience complimentary treats throughout the day at the “instagrammable” Private Booth.

Recently, Chadstone was home to a pop-up booth by Cadbury Dairy Milk that ran for three weeks in July, providing a multi-sensory 3D-printed chocolate experience where customers could design their own treats by choosing from a selection of chocolates modified with letters, symbols and shapes and watching it being brought to life right in front of them.

Taking a localisation approach, the series of shapes and symbols included unmistakably local icons like the Australian kangaroo.

“This pop-up provided a fun way for the brand to engage with their customers, building in-person relationships. Looking at the design, the layout was super simple. It just had the basics and was relatively small – definitely a very cost-efficient design. The kids loved it, so of course, the parents love it. This was an excellent initiative from Cadbury’s side to drive engagement.”

I was amazed to see how many people – especially the younger crowd – were captured by these pop-ups at Chadstone.

The pop ups were getting everyone talking. They were creating something new. Nintendo treated the gamers to a gaming pop-up with 16 screens showcasing the new Super Mario Maker 2, and Cadbury presented a sweet escape for chocolate lovers celebrating World Chocolate Day.

The Star Wars Jedi fighting experience pop-up captured the attention of fans of all ages.

The Jedi fighting experience by Star Wars however stole the show. Visitors could test out their lightsabre skills with ‘Jedi Masters’, snap a photo inside the Rebel Alliance X-Wing Resistance Fighter or with statues of character favourites like Chewbacca and Kylo Ren, and dress up with props like the iconic Darth Vader Helmet.

This pop-up prompted Chadstone to collaborate with a handful of luxury houses to bring their take on ‘Fashion meets Fantasy’ to life. Star Wars also teamed up with brands like Lego, adding to the experience by building and displaying the massive 7 500-piece Millennium Falcon Lego set – the largest of its kind to date.

The pop-up showcased for three days in Melbourne’s Chadstone shopping centre, duly capitalising on the notion of exclusivity.

Beginning with the vision of the branded experience, X-Factor Displays, guides clients throughout the entire lifecycle of the pop-up experience. Whether your nextpop-up is for brand awareness, test a new market, or drive buzz and media exposure, get in touch with me to make it a successful one. Some of my clients to date include Samsung, Emirates Leisure Retail Group, ANZ and Hanes (Bonds, Maidenform, Jockey).

Let’s make something awesome together.